Book
Home > il Castello > The History of the Castle

The History of
the Castle

Our ancient residence has a long and rich history. Monterado’s origins as a dwelling that sits atop a characteristic Marchese hilltop go back to 13th July 1267. It was originally built as a fortified town with defensive walls, became part of the Duchy of Urbino thanks to its strategic position looking out over the valley and to the sea, and was taken over by the Della Rovere during the Renaissance period.

In 1742 the village came under the ownership of the Jesuit priests of the Collegium Germanicum et Hungaricum, who decided to transform the original appearance of the village. Incorporating the ancient defensive walls and using the whole area – houses and streets – of the little village, they built a grand and imposing palazzo.

The estate was conceived as the headquarters of the administration of goods, of textile manufacturing, and of agriculture.

In the early 1700s, the territories of the district of Senigallia, including Monterado, became part of the assets of Napoleon I.

Prince Maximilian of Beauharnais, grandson of Giuseppina Bonaparte, fell in love with the place and decided to buy the palazzo and to transform it into a princely residence. It was he who, on marrying the daughter of Zar Alessandro of Russia, chose to decorate the interior of the building to be ready for his honeymoon.

The castle in its present form was designed by the architect Luigi Vanvitelli, the large part of whose works remain today. From the inner courtyard of the castle you can enter the ancient chapel where weddings and other religious services can still take place today. The glories of the 19th-century frescoes by the artist Corrado Corradi, commissioned by Prince Massimiliano of Beauharnais, are well preserved. 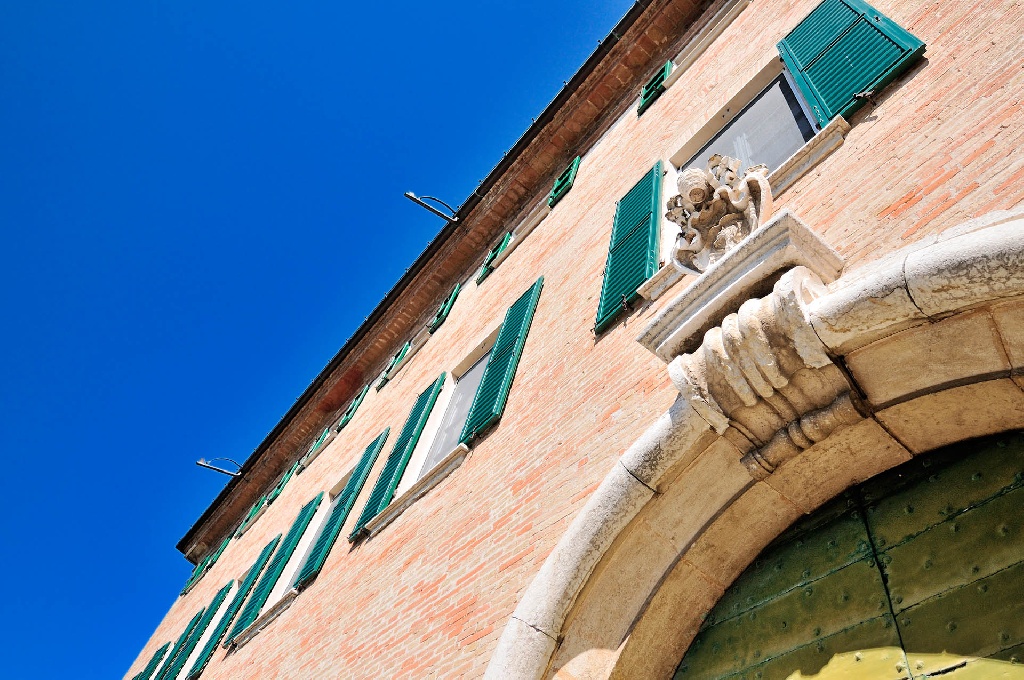